Chris Gardner is an American stockbroker, businessman, motivational speaker, author, and philanthropist. The life story of Chris Gardner is surely one made for the big screen as he once struggled with financial problems and homelessness while raising his toddler son Christopher Gardner Jr. From being a single father without any money while living on the streets of San Francisco with his small son, he succeeded with his willpower and perseverance to overcome every obstacle he faced and found a successful company.

On February 9, 1954, Chris Gardner was born in Milwaukee, Wisconsin, to Thomas Turner and Bettye Gardner. He was the second and only boy born to Bettye Gardner. He did not have a very pleasant childhood, as his stepfather was physically abusive to his mother and sisters.

In one incident, his mother was falsely imprisoned for welfare fraud, and Chris and his sisters were placed in foster care. Although Chris’s mother has a very unhappy marriage and stays away from him for a long time, she is a positive source of inspiration and strength to her son. According to Gardner, her mother encouraged him to believe in himself and sowed the seeds of self-reliance in him.

From his childhood experiences, he is very determined that illiteracy, alcoholism, domestic and child abuse and powerlessness were all things he wanted to avoid in the future.

As a teenager, Chris had done odd jobs like washing dishes at a restaurant and attending to elderly patients at a nursing home. Inspired by his maternal uncle Henry’s work in the US Navy, after completing high school at age 18, he joined the US Navy to see the world.

He got posted at the US Navy Hospital Corps School in Great Lakes, Illinois, where he got training in first-aid basics. After his stint in the navy, he worked at a research lab in San Francisco with a well-known cardiac surgeon, Dr. Robert Ellis, and considered getting qualified as a doctor.

During this period, to earn some extra bucks, he took up painting jobs and worked part-time as a security guard on the weekends.

Chris Gardner married Sherry Dyson in 1977, but after three years of marriage, he left her to live with his pregnant girlfriend Jackie and prepare for fatherhood. However, he was far from achieving his dream of making big money when his son Christopher Gardner Jr. was born on January 28, 1981. Gardner’s position as a research lab assistant paid only about $8,000 a year, which was not enough to support his family. So after four years, he decides to quit his current job and take a job as a medical equipment salesman on a double salary.

A life-changing moment in his life occurred when he encountered a very well-dressed man in a red Ferrari after a sales call. Curious, Gardner asked the man only two simple questions: What do you do? And how do you do that? Bob Bridges told him he was a stockbroker and earned $80,000 monthly. From that moment on, Chris Gardner’s career is decided. Suddenly, it dawned on him that this job he was looking for could make him a millionaire. He is determined to pursue his goal, so he meets with Bob again and asks for help.

Bob Bridges introduced him to the world of finance and organized meetings between Gardner and the managers of the big stock brokerage firms that offered training programs. For the next two months, Gardner canceled or postponed all his sales appointments. It appeared that Gardner got his “big break” when he was accepted for a training program at E.F. Hutton. 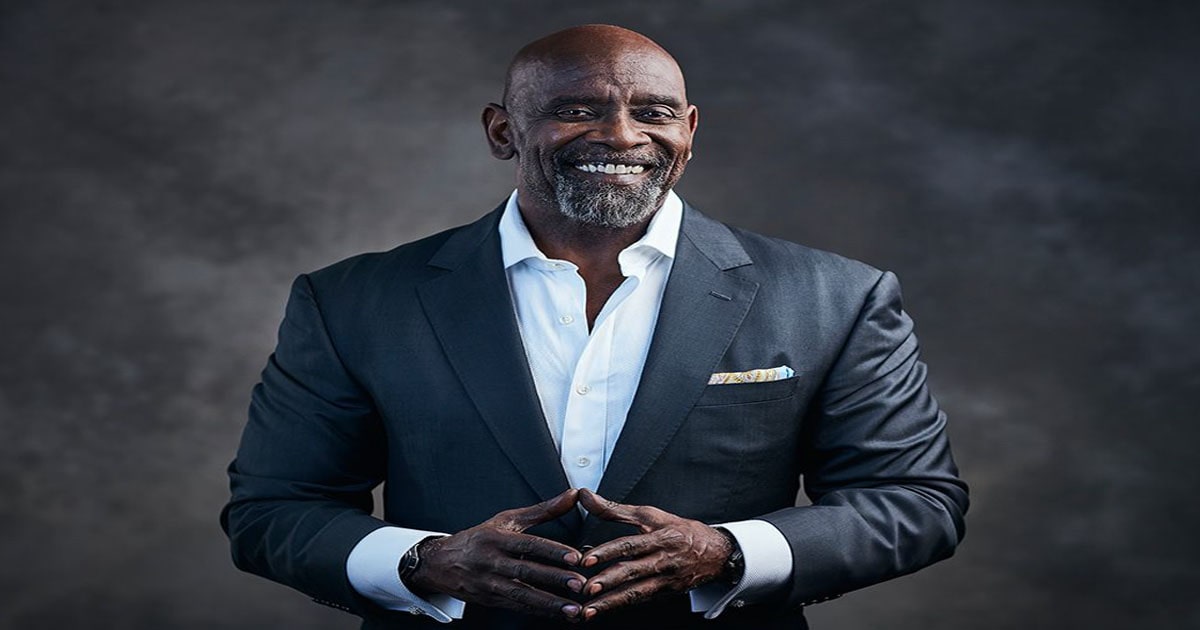 To dedicate his time exclusively to training as a stockbroker, he quit his sales job. When he appeared at the office ready to work, he found out that his hiring manager had been fired the week before. Gardner’s relationship with his girlfriend Jackie fell apart as she took Chris Jr. away to live with her on the East Coast. During this time, police detained him for non-payment of parking fines. He was taken to jail and stayed there for ten days as punishment for not paying $1,200 for parking tickets.

When Gardner returns home from jail, he finds his apartment empty. Having no experience or college education and virtually no connections in the financial world, Gardner got a position in Dean Witter Reynolds’ stock brokerage training program. With almost no savings and his trainee job offering no salary, Gardner only managed to earn 300 to 400 dollars per month from selling medical equipment and could not meet his living expenses.

During this period, he encountered some of the greatest difficulties in his life. Four months after Jackie disappeared with their son, she returned and left their son with him. By then, he was earning a small salary, but he willingly accepted sole custody of his son. As a single parent, he had to look after his toddler son, but the rooming house where he lived till now did not allow children. None of Gardner’s co-workers knew that he and his son had been homeless for nearly a year.

Chris recounts in his book that once he was homeless, on many occasions, he slept with his son in parks, on public transport, and even in a locked public bathroom in a railway station. Most of the time, they ate in soup kitchens, and what little money he earned, he spent on his son’s day nursery to go to work.

A career as a Stockbroker and Entrepreneur

Gardner worked very hard to become a top trainee at Dean Witter Reynolds. Every day he arrived at the office early and stayed late making calls to prospective clients, with his daily goal being 200 calls per day. In 1982 when Gardner passed his series seven exams and became a full-time employee of Bear Stearns & Company, all his perseverance and hard work paid off. Finally able to rent a home for himself and his son, his career as a stockbroker rapidly ascended into the stratosphere.

In 1987, Gardner established his brokerage firm, Gardner Rich & Co, in Chicago, Illinois. He started his new company in his small apartment with a start-up capital of $10,000. In mid-2006, Gardner sold the small stake of his company Gardner Rich in a multimillion-dollar deal. Later he becomes the CEO of Christopher Gardner International Holdings, which has offices in New York, San Francisco, and Chicago. 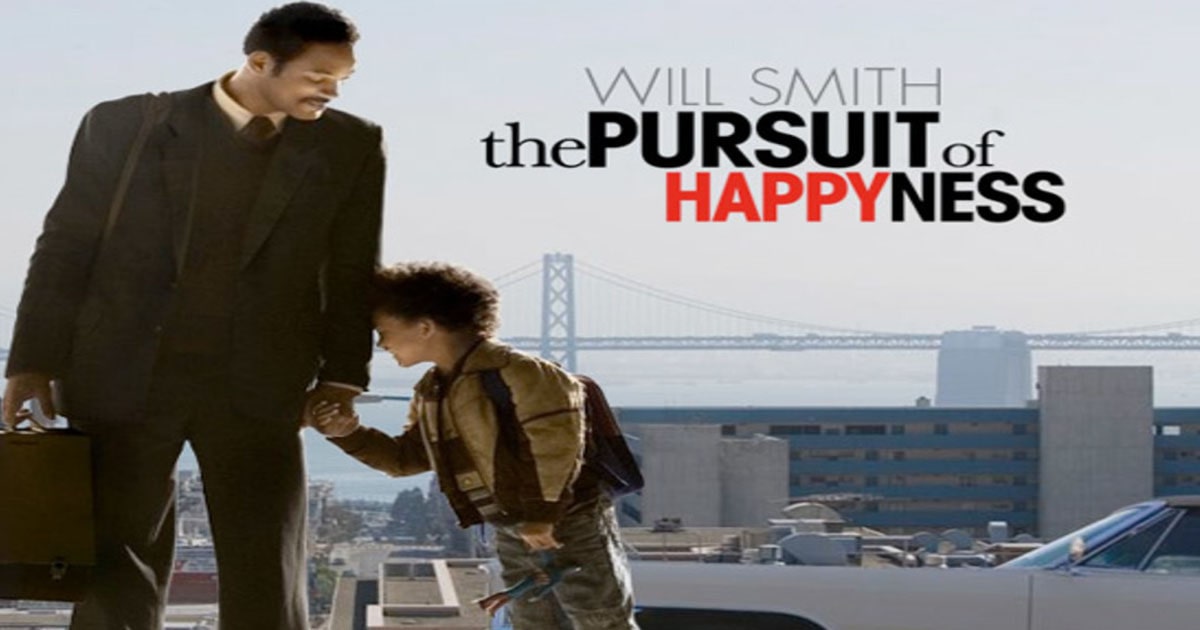 The Pursuit of Happyness Movie

Chris Gardner realized that his story had Hollywood potential after an overwhelming response to an interview he did in January 2002. In 2006 Chris Gardner published his autobiography and became an associate producer of the movie based on his autobiography. The movie, starring Will Smith and Smith’s son Jaden Smith, focused on Gardner’s nearly one-year struggle with homelessness.

According to Gardner, the unusual spelling of the film’s title comes from a sign he saw outside the daycare facility Gardner’s son attended when he was homeless. In the movie’s final scene, Gardner makes a special appearance when while walking past, Will and Chris acknowledge each other and walk away.